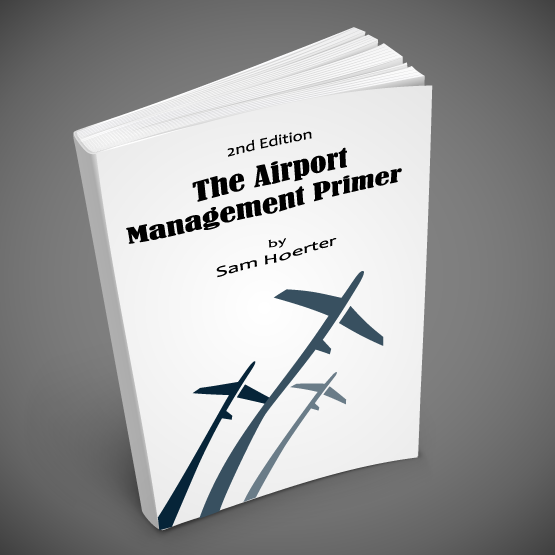 Hundreds of copies were sold by the American Association of Airport Executives. Now you can have Accredited Airport Executive Sam Hoerter's Second Edition of The Airport Management Primer absolutely free! Mr. Hoerter, long time Director of Airports for the Charleston County Aviation Authority in Charleston, South Carolina, is one of airport management's best known and most requested public speakers on the subjects of airport management, airport authority relations and human resources management. Now he offers his 2nd Edition of The Airport Management Primer to visitors of the SEC-AAAE web site free of charge.

Airport management can be a rewarding profession. It centers around aviation, one of the most exciting technologies of the twentieth century, and it involves complex relationships with many different people and groups of people. It brings involvement in the key economic development issues of the community, region, and, occasionally, the nation. Finally, it is frequently the center of political and media attention, which is sometimes desirable and sometimes not.

Airport management can also be frustrating. This industry is small and well understood by relatively few people. Few resources exist for a professional and uniform system of training the men and women who manage and direct these complex public assets. Even seasoned veterans quickly admit that on-the-job training remains the norm, and every day brings new lessons to be learned. Given these realities, the men and women who work in this industry have developed a tradition of open communication with one another. This open exchange of information is the primary means of industry education for most airport executives.

The Airport Management Primer is intended to be another source of shared information for airport executives in the United States. Its primary focus is the foundational information needed by decision-makers, and the material emphasizes strategic concepts rather than day to day tactics. Stated differently, this textbook more often answers questions that begin with what and why, rather than how. As such, it should be useful for a new mayor, airport authority board member, or aviation executive desiring an industry primer that can be quickly absorbed over a weekend.

Alternately, this book can also be used as an academic introduction to the subject. If so, I highly recommend combining this text with Planning and Design of Airports (Horonjeff and McKelvey, 1994) and Airport Finance (Ashford and Moore,1992) to anyone seeking a more thorough introduction to the airport management industry. Taken together, these three books provide more industry information than I received during several years of on-the-job training!

In one sense, airport management can be compared to fishing. Useful textbooks can be found for either topic; however, both are subjects that cannot be taught, they can only be learned. I hope The Airport Management Primer is a worthwhile addition to your self-education program.